As an estimated 80,000 locals and tourists taste samples at the 30th annual Oregon Brewers Festival in downtown Portland this week, cows in Astoria will be enjoying the spent grains from one of the participating brewers.

This story began more than 10 years ago, when dairy feed costs started soaring in the wake of the U.S. ethanol mandate. Dirk Rohne of Brownsmead Island Farm near Astoria, Oregon, had one of those “what if” moments. 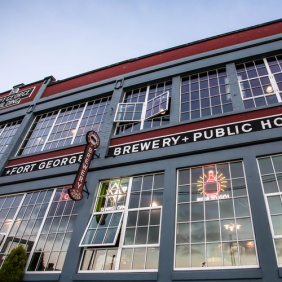 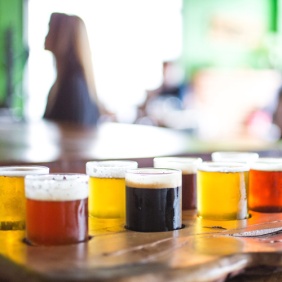 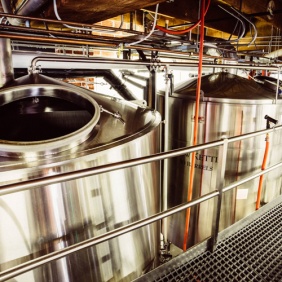 What if he could use a byproduct generated by the beer brewing process at nearby Fort George Brewery as feed for his 170 cow dairy?

“I had this conversation with the owners of Fort George, and it came out that Fort George had a problem,” Rohne said. “They had to get rid of all this grain, and, intuitively, I thought it could be a resource for my dairy.”

Rohne and Fort George began an arrangement that today is providing Rohne a valuable feed source and helping Fort George dispose of its byproduct in an environmentally friendly manner.

The arrangement is one of dozens in place today between Oregon dairies and Oregon microbreweries, arrangements that Rohne characterized as “a winning scenario for everyone involved.” 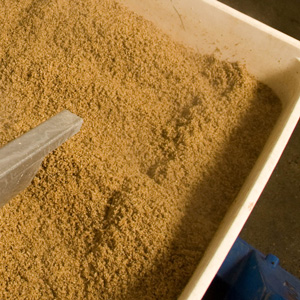 “This (arrangement) is way better than sending it to a landfill, because it is a valuable feed commodity for Dirk,” said Fort George founder Jack Harris. “And if we had to landfill it, it would be very expensive, because we make a lot of it.”

Use of spent grains as dairy feed, although a practice dating back decades, had a slow start among Oregon microbreweries, primarily because the smaller breweries weren’t making enough beer for dairies to justify hauling it to their farms.

“Initially, it was really difficult for a lot of these microbreweries to get rid of their spent brewers grains,” said dairy nutrition consultant Mary Swearingen. “I remember when I was younger, there were producers that used to get it for free, because the distillers needed to get rid of it. Today is has become an up-and-coming trend, and a hot commodity for producers to get their hands on.”

“Originally, it was very challenging time wise, driving back and forth with a flatbed carrying four fish totes,” Rohne said. “Then Fort George got larger, and I bought twenty fish totes. They would fill up the totes, and I would use their forklift to load the totes onto my truck and trailer in the middle of the road outside their brewery.”

Today the dairy hauls between forty and fifty tons of spent grain a month from the downtown Astoria brewery to the dairy in a one-ton truck with a triple-axle dump trailer that Rohne purchased solely for hauling the spent grain.

“Now it is a well-oiled machine,” Rohne said, “and because I was willing to do that in the beginning, a level of trust developed that allowed me to invest more into the hauling.” 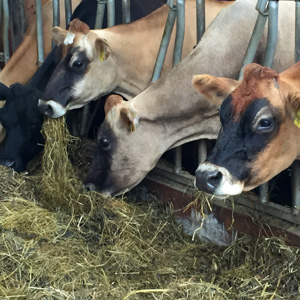 Spent grains bring several positives to a dairy cow’s diet, Swearingen said. “Their number one characteristic is they are relatively high in energy, and they are very digestible,” she said.

“We feed alfalfa hay and corn silage and grain during the winter months when we are unable to pasture our cows,” Rohne said. “Those are very dry, so when you have that spent grain, which is very wet, it makes the consistency more palatable for the cows.

“The cows do very well on it,” Rohne added. “When I have a lot of spent grain on hand, everything seems to go a little bit better. The cows seem to eat more and do better, and I cut back on my feed costs.”

Dairy consultant and nutritionist John Rosecrans said he’s been using spent brewers grain in his practice for decades. Before Oregon became a leader in the microbrewery industry, dairies would purchase the feed from Henry Weinhard’s Brewery in Portland and from Olympia Brewing Company in Tumwater, Washington, among others brewers, he said.

“There were several brewers here back thirty, thirty-five years ago, and it doesn’t matter if a brewer is big or small, livestock is far and away the best use for that brewer’s grain,” Rosecrans said.

In most cases, spent grains make up only a small part of a dairy cow’s diet, Rosecrans said. “It might make up just five to ten percent of a dairy cow’s total intake,” Rosecrans said, “but it is a valuable part of their diet. And we’re turning what would be a waste product into a feed product. That should be good for everybody.”

Rohne even takes this environmentally friendly use of spent grains to another level, turning his dairy’s manure solids into compost and selling it back to the local community as fertilizer.

“In Dirk’s case, we send the spent grains out to him, he runs it through his cows, and we scoop it back up and put it on our garden,” Fort George’s Harris said. “It is a true cycle of life we’ve got going on between us and Dirk.”