When Louie Kazemier of Rickreall Dairy is looking to make an improvement on his farm, he prefers to do so with his eyes wide open. In the world of dairy, that means checking with others in the dairy industry – others who aren’t hesitant about sharing.

“I put all new stalls and stanchions in the barns,” Kazemier said recently, “and before we did that, I visited several dairies with my manager and looked at how they were doing it. And those particular dairymen spent several hours with us answering questions.”

Sharing information, it turns out, is nothing new in an industry that Kazemier describes as “a tight community.” It is a community with a diversity of dairies large and small, organic and conventional, traditional and technologically advanced. Regardless of the size or type, all benefit from collaborative “knowledge transfer” and sharing best practices.

Kazemier said he regularly opens his doors to dairymen, many of whom stop to tour the farm, which is situated on a major Oregon highway.

“We take quite a bit of time to show people around and answer questions,” Kazemier said.

The same can be said of Threemile Canyon Farms, where visits from dairymen are common, according to Dairy Operations Manager Jeff Wendler.

“Probably three to four dairy guys come through in an average month,” Wendler said. “Then we have some other large dairymen in the Midwest, and we’ll go visit their operations to see what they are doing.”

“We are willing to share what we do,” said Threemile General Manager Marty Myers. “It is pretty transparent.”

At Dairylain Farms in Vale, Ore., Warren Chamberlain said he, too, has an open-door policy. Dairylain uses robotics and solar panels in their operation.

“We have a lot of dairymen come out and tour the farm, and we share everything,” Chamberlain said.

The practice is reciprocal, he said.

“I have even gone on road trips and saw a dairy and stopped in there and once they realize I am a dairyman, they pretty much open up and tell me what and how they do things in that area,” Chamberlain said. 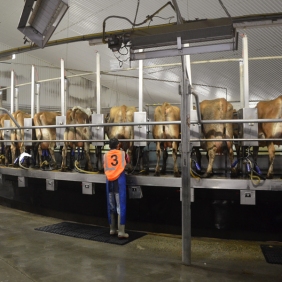 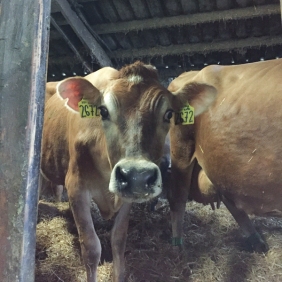 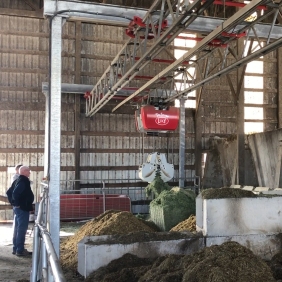 At Threemile, Myers said many dairies are interested in the farm’s animal welfare program, and in how the farm handles employee relations.

“We have had folks reach out to us and say, ‘Rather than reinvent the wheel, can you share what you are doing?’” Myers said.

“There are certain things like animal welfare practices that we employ that benefit the entire industry, and that we are happy to share,” said Threemile’s Wendler.

“Dairy is its own family,” Dairylain’s Chamberlain said. “We all have the same issues, and I think we are all pretty willing to help each other figure out what we do that works and how we got there.”